Funding awarded to bring Colmcille to life across Donegal 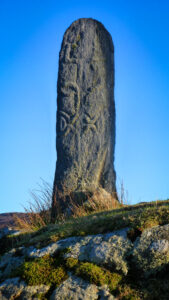 Eighteen projects from across the Council areas of Derry, Strabane and Donegal celebrating the history, music, drama, literature, art, and folklore of Colmcille, have been successful in securing funding made available as part of the Colmcille 1500 Community Grant Scheme launched in January 2021.

The scheme is part of the Colmcille 1500 year-long commemoration marking the 1500ú anniversary of the birth of Colmcille (also known as Columba).

The year recognises the importance and legacy of the 6th-century saint, not only for Derry and Donegal but for the island of Ireland, Scotland and across the world.  The year-long celebrations will last from the 7ú December 2020 to 7ú December 2021.

Over 70 applications were received for the grants scheme with the 18 successful applicants each obtaining grants of €2,000 or £1,800 to be part of the 1500ú commemorations taking place during 2021.

“We are delighted to have awarded funding that allows us to showcase the wealth of talent and creativity in our local communities. It’s a fantastic opportunity to get local people involved in the celebrations and to help us bring  Colmcille to a range of audiences, young and old, in a variety of ways such as through concerts, short films, virtual trails, a walking festival, poetry workshops, art installations, new music compositions and a young ambassadors programme.”

Among the nine Donegal projects that were successful are several that will take place in the Gartan area where Colmcille was born. Donegal Chamber Music Society will perform a special composition ‘Mobhi’s Belt’ based on the very topical story of the dramatic effect of a pandemic on Colmcille’s monastic career. Filmmaker Brenda Kelly will create an original short film ‘Colmcille’s Childhood in Gartan’, showcasing the many historical sites where the saint grew up and the Colmcille Gospel Choir will bring together singers from different generations and areas with well-known musicians and artists to sing in celebration of Colmcille 1500 in Gartan and Glencolmcille.

Oideas Gael secured funding to gather folklore and produce an interactive digital map showcasing the rich tapestry of minor placenames associated with the saint in Gleann Cholm Cille – such as field names and man-made features.

Explore Inishowen will deliver a Colmcille Walking Festival to celebrate his footprint in Inishowen with walks focused around places of interest such as Portcille where Colmcille left from to go to Scotland. While in Fanad, Clondavaddog Parish will commission an icon and publish a brochure mapping key sites and directing people to the unspoken (‘Guth Colmcille’) chapter of the saint’s life, his time in Fanad.

Funding was also secured by Disert Heritage Group to carry out an archaeological excavation at the early medieval church site, graveyard and holy well dedicated to St Colmcille which will inform national and international discussion on the nature of the early Church and the work of Colmcille. Teach na nAmhrán, The Song House Ireland, will deliver online literary events led by Irish and Scottish award winning poets while Beltaine Productions will produce a short film ‘Colmcille, Myths, Legends and Truths’ exploring the Donegal landscape and culture into which the saint was born, presented by Dr. Brian Lacey, one of Ireland’s leading authorities on Colmcille.